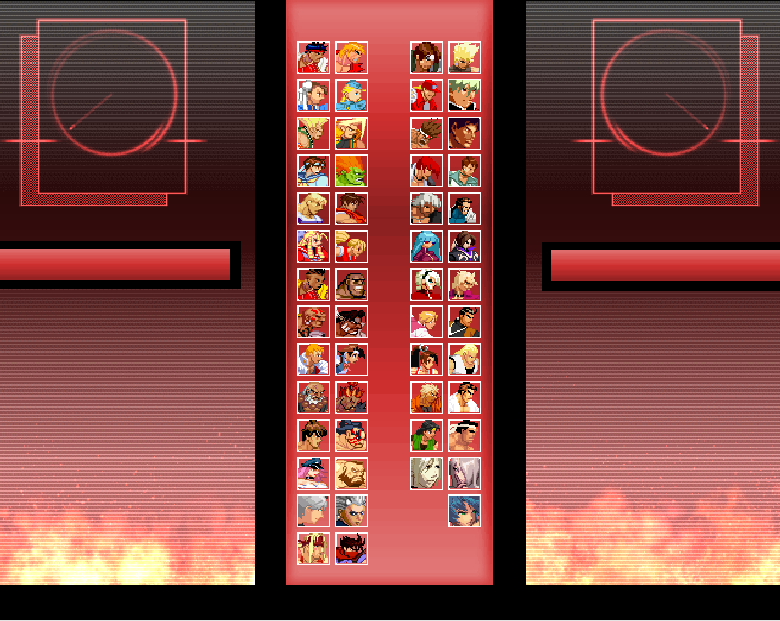 NOTE: There will be updates on this at a later time, as I'm working to get this MUGEN as legit as I can possibly make it. So please be sure to check back here for updates.


Currently I'm re-balancing the roster. I was inspired by Street Fighter X Tekken as the game consist of teams of two, with default teams as well as letting you mix match with different characters. I'm still in need of three SNK characters, but I can easily find three. After I have re-balanced everything, I'll add in the boss characters then start edit everything (i.e appropriate title/logo, lifebars, gauge/meters and effects) so it will seem like a legit Custom Capcom v SNK, but for now I'll focus on the character balancing. I'm actually editing some characters files right now so I can balance out the powers on character that are not made by INFINITE himself. So til then be sure to check for more updates!

Character(s) that are currently being re-balanced (not shown yet)

Evil Ken (Reuben Kee): Most of Evil Ken's attacks are dead on OP (over powered/powering). As a boss type (IMO) character, he's on the edge of being one of those almost-impossible-to-beat character. I've tested him against other characters in the game via CPU vs CPU and so far his probability of winning every match is close to almost 100%. The only flaw in EK is that once the match starts his AI is a tad slow meaning he wont attack as much in the beginning, but he becomes increasingly difficult to fight against as the match prolongs.