Sup everyone!!!
I'm working on the Ultimate TMNT Sprites-Sheet.
and I'm looking for support, I need help making sprites


When you use something from these Sprite sheets please showcase it in this forum,
so that I can see this project grow!
Thank You.

When you make these sprites.. please make them without weapons so that it's easy to make the movezZ available for the other turtles.

When you make something, your name will be added to the credits on the Sprite-Sheet!

Here are a few movezZ I'd like to see in TMNT TF Style.
If anyone is interested in making these
Mikey on the skateboard is just for fun not really necessary!

Thing I like to have in TMNT Tournament Fighter Style: 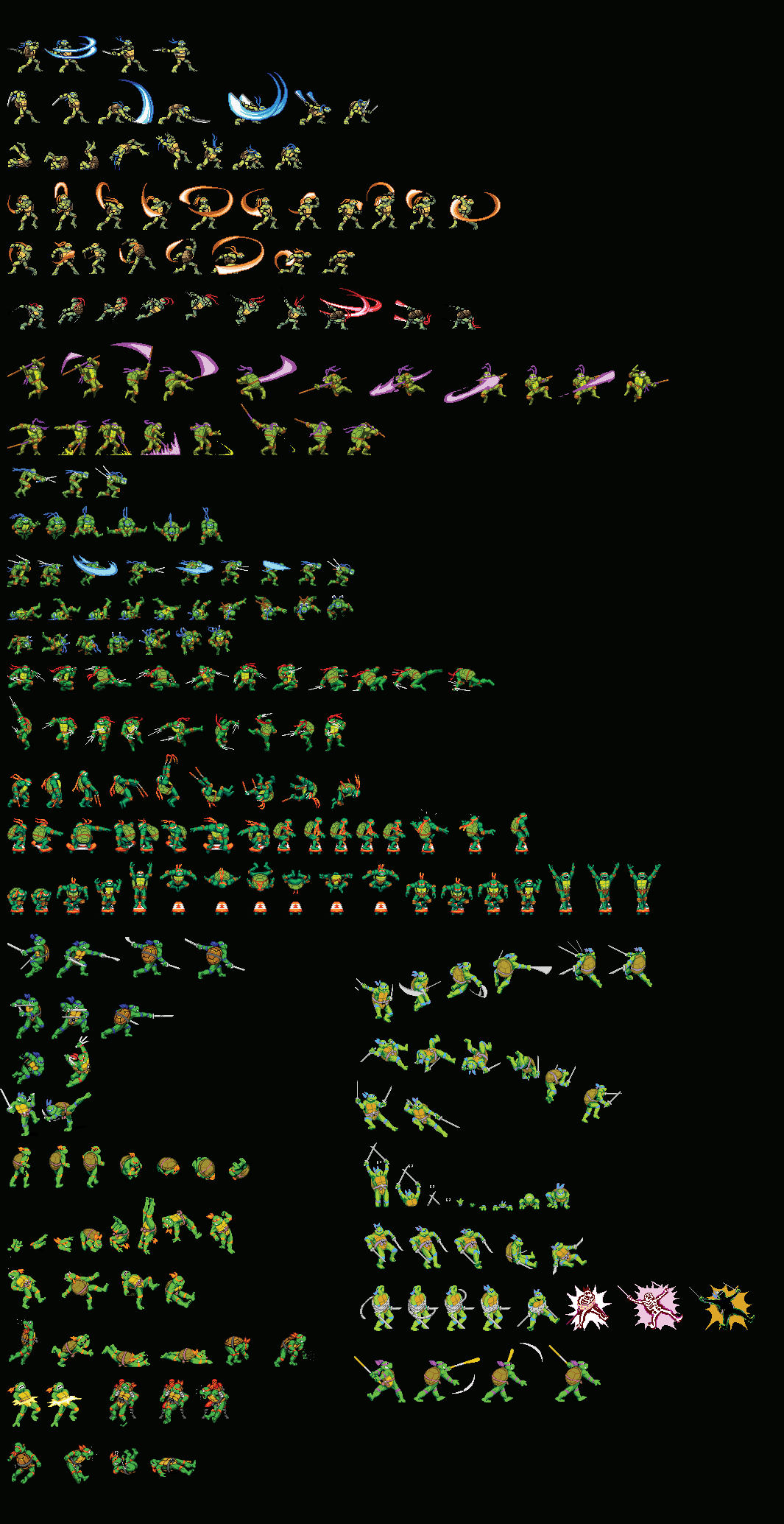 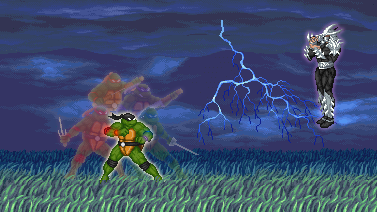 Shin is based on the MUGEN turtle that wields all the turtles weapons, I redesigned him and gave him a lil back story its a lil cliche but yeah:
Shin turtle is a descended of the turtles and lives in a time when they have long passed.
He wears there bandanna's on his arms to honor his ancestors.
Lil does he know that the essence of his ancestors resides in the bandanna's.
He already trained vigorously for years to master all there weapons to height beyond his satisfaction.
Until one day he met a enemy he wasn't able to overcome, accepting his fate after defeat he reached a state of mind only a true warrior can reach after accepting his defeat..  to really want to survive and overcome your weakness.
In that moment.. just before he was about to die.. he opens his eyes.. and before him just like a moment ago where his enemy was standing stood.. Leonardo.
staring in disbelieve but feeling and knowing it is real.. Leonardo spoke only one word.. Fight!!

And that is how Shin first experienced the power of the blue  bandanna. 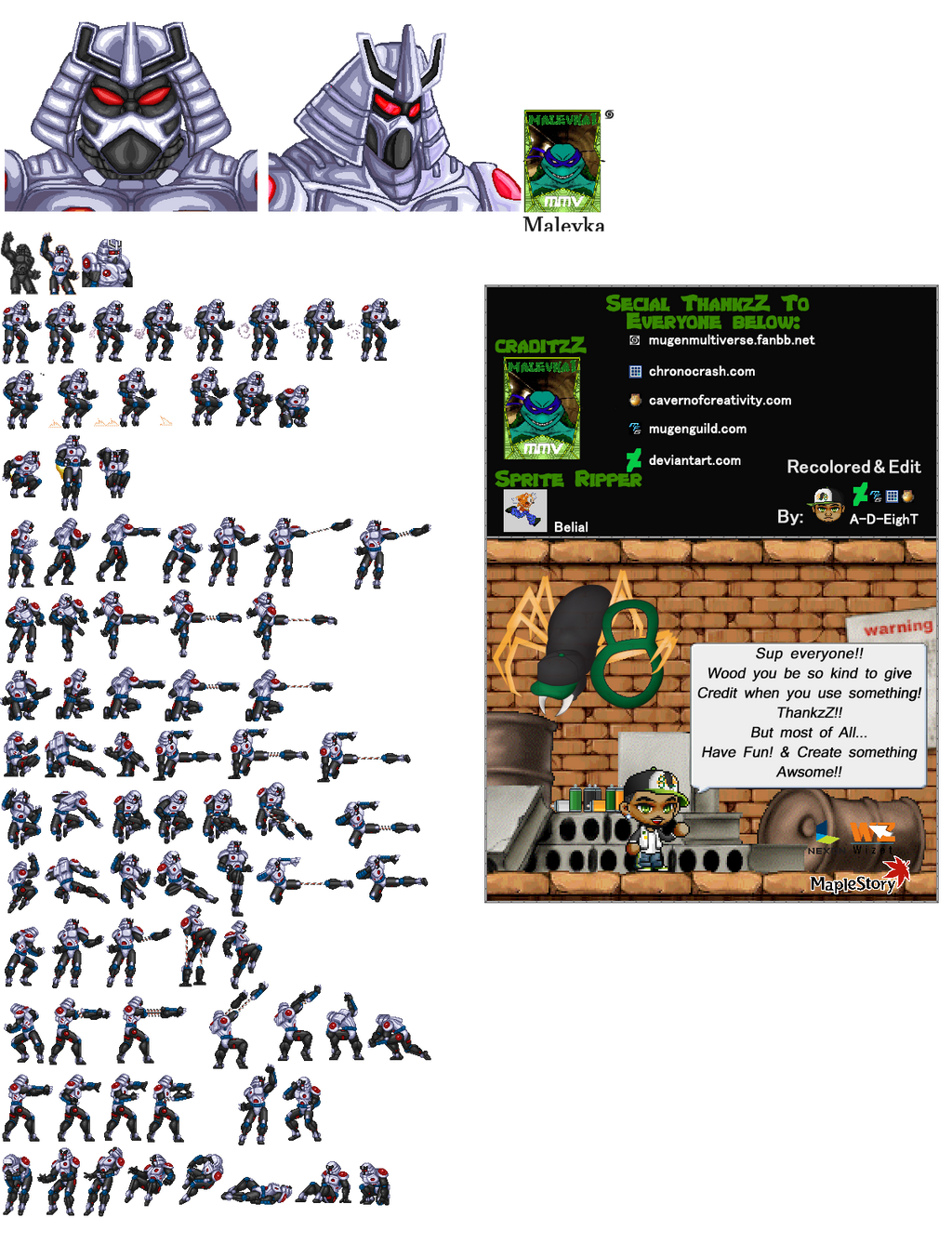 And I am allso wornking on shredder.
I already recolored him and going to add the shoulder armor and also the cape. But I'm not sure about the cap cuzZ I can't seem to find good cape sprites and its allot of work

This is how far I got:

I already recolored C J (TMNT TF SEGA G.) for the most part, but I don't like hizZ mask so maybe I'm going to edit hizZ mask.

A few extra things I made 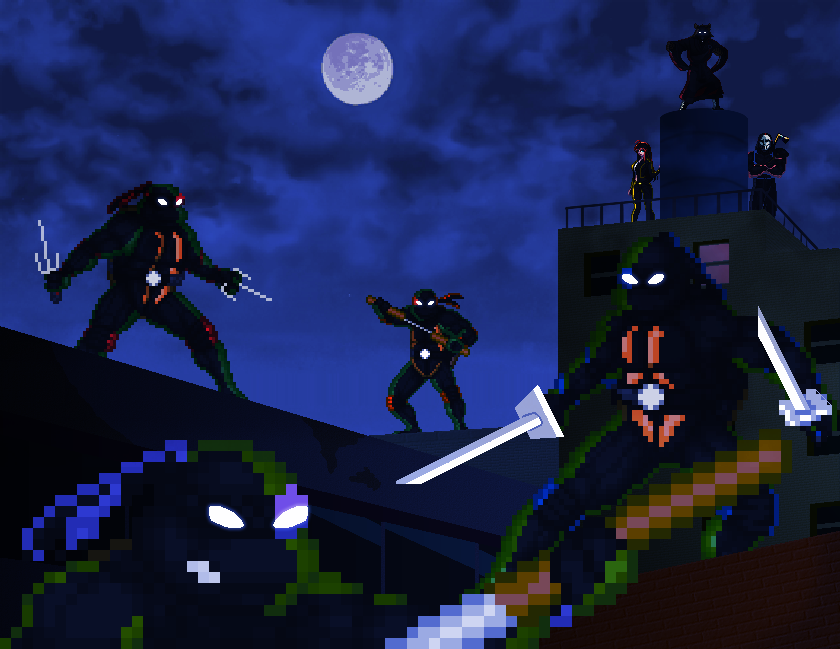 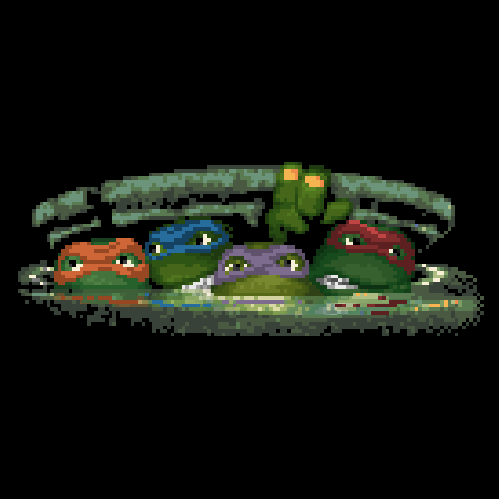