Well figured to make my cool entrance to the Infinite world here with my WIP to showcase a bit. The character would probably be done by now but ive slowed things up majorly. Life, New job and new console games got me side tracked but anyway this video is some months old but since then ive been upgrading on some things as far as hit sparks n such....Things you dont see in that past video here actually. But indeed my terry is still on its way done. Then after that im on to my RYO version actually...which im pretty anxious to bring forth. The same passion i put into that Terry i will be putting into my Ryo

Awaiting for the release. Good job !!!!

that terry is sweet juice bro

what up Infinite warriors!! Been a hot while. Ive been hard at work trying to finalize my terry and hard at work on my Violent Ryo AT THE SAME DAMN TIME!! *sings*.

well ill share the latest visuals. Everything done as of late you wont totally see in this video since its really mainly showing off the latest look of the Revenge super dubbed Ultimate wolf power. Pardon the lag in the video

Im trying to have a custom stance that happens when you are at Max. An idle stance when you stand there too long and of course his regular stance is already there.

Dont pay attention to whats going on with the damage not dealt to geese. I just put damage dampeners in and i didnt full adjust it at the time. Im good now though. Hes still going to be a heavy hitter^^

Theres a SF3 parry. KOF 12 Critical counter and Now an aggressive counter thats sorta a heavier alpha counter. You can block and then counter hit the person sending them flying back across the screen with a wall hit. Im still trying to perfect the mechanics better but it works.

Other supers have been updated and the AI is coming to a great close now. It will definitely be a serious throw down of AI vs AI when hes up against. pots. Buckus and Infinites characters. amusing shit to see^^
My beta testers get a kick out that shit already.

anyway hes 95% complete now and all really need to do now is add in his intros and some win states and finish tweaking certain attacks and features and he will be ready to go pretty soon.

After release i will make one last patch. for the 1.0 version and maybe some minor tweaks to gameplay or possible bugs folks & my beta testers found and then thats it. No more Awakened Terry Legendary Wolf

AI updated. Thanks again to Infinite way back for trying to help me fine tune my character's AI combat capabilities. since then i just followed up. tweaking things here and there and adding more to the chains and re studying certain characters of Rezas and Infinites AI. Finally got his Run engage to act decent on screen. I have more to learn though.

(pardon the video lag and btw that RAIDEN AI is BEAST! dont sleep on the video battle. my terry just happen to get off that time. usually they tussle 50 50 on wins)

Final update to my Ultimate wolf power move. Now theres a Crater hole Effect thats left behind on screen that the enemy falls into for that dramatic effect. I just couldnt resist that saturday night slam masters 2 shit i always liked back in the day

For now its coded so it happens during the 2nd round (last round) of the match if you finish a person with it. Im debating if i should have that happen either round

When can we expect a release?

No exact date. all i can say is definitely this year and sometime very soon. Hes 95% complete (and mind you this isnt a beta release)

A slew of upates...too many to show but while dealing with life issues i was choppin away at my project here

All details will be at IMT and Crom site...Release day is this friday. hes at a point where i feel good enough to release him and move on to my next project

but heres a dose of an intro i had in mind for a couple of years but i wanted to do it last when i got everything else out of the way. its something capcom should have done in CVS1 & CVS2 and i always felt that way so i figured to be the first to do it for mugen as a Fan of the character... 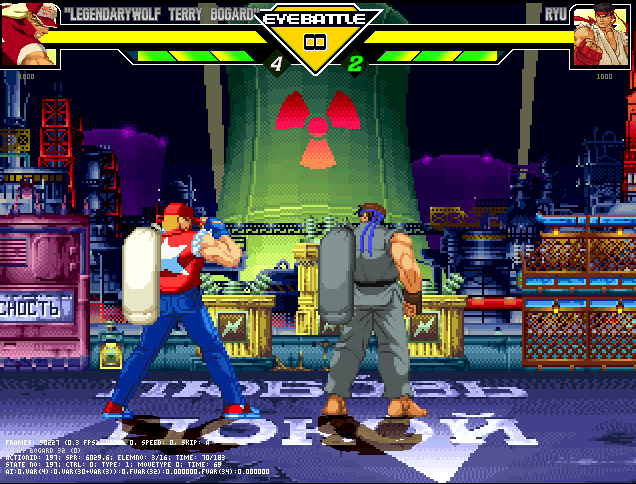 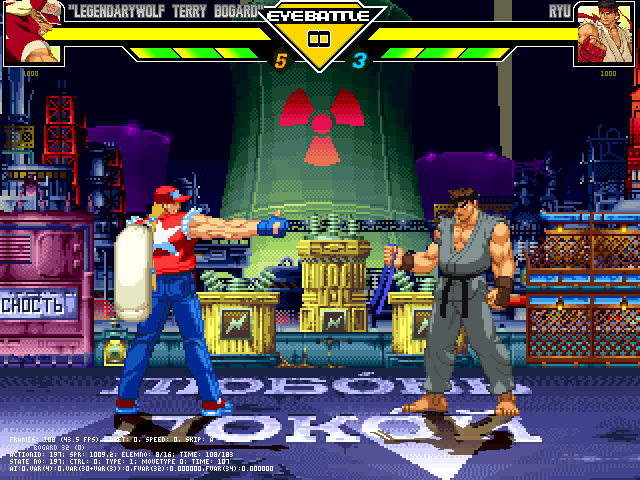 hmm....well that looks awesome thanks for sharing

Cool but to much for terry board way too much