Well, kind of an unexpected release today, I was working out a table for the polishing tutorial, and at one point it hit me that it would probably make a good tool for balancing the damage ratios in a full game. So I'm releasing the table, unfilled in, for anyone who wants to use it. It will work with any roster really, but balancing a full game seems like the obvious application. It basically has a bunch of slots where you add in the characters damage values. The characters are grouped into archtypes (e.g. brawler, grappler, technical, powerhouse etc...) and it calculates the average damage value for each attack of each said archtype. It then calculates an overall average damage value for each attack, and allows you to put in a specific characters damage values, and then draws up a quick comparison to the average, so you can make sure your fighter's damage values are balanced. Holds 48 chars total, under 8 different groupings.
That's it really, in the polishing tutorial, it will be included, but will already be filled in with a spattering of different characters from different games. The point being to allow you to see what average damage values look like for different character types, so in polishing you can make a characters damage values somewhat more fair, or at least to your liking. Here's a couple screenies:

EDIT: To add a characters data to the table, just find what group you want to put them in (or rename an existing group), and add their name to the list. Then open up mugen and go to vs. mode, pit them against the Training character (press y to call up damage returns), and then just go through and hit with each one of their attacks, and add the damage value you see into the table at the appropriate spot. Shouldn't take more than a few minutes to add a characters data that way. 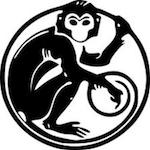 Similar topics
» 1/4 Hulk Diorama (Full Size) Never Done Before (coming Soon)
» Pupil ME and get a Good Brute(DE,COM)
» Hot Toys TDK. thanks again good doc.
» Any good stores in the Gold Coast?
» How Good Is My Brute?