wow chuck norris that will be a massacre ja ja ja !!!!! 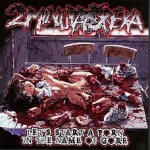 Well said, guys. Rambo definitely had the right feel and so did the A-Team. I agree on that. It's almost like Expendables was trying to be serious but not take itself too serious to make it feel like a ridiculous action movie that it was hyped to be. I'm not sure you know what I mean but something was just... off. Hard to articulate. I dunno but it sounds like you guys fell the same way. I'll give this one a chance, for sure. Let's just hope the "OMGTHISISGOINGTOBEAWESOME!!!1!" hype train doesn't derail ... again.

this is gonna be awesome